skip to main | skip to sidebar

I mentioned the other day that I was going to enter the refashioning competition on Pattern Review this month. My main motivation was that I had some shirts that I bought at the thrift store last year specifically for the purpose of turning them into something useful. I made the shirt-dress below for Ava in Feb last year and have been wanting to make another ever since. 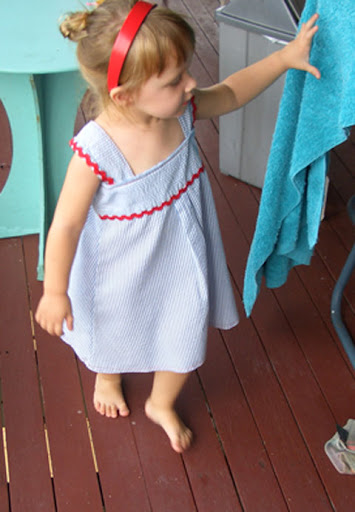 Ava loves this dress and wears it all the time. It fits her perfectly now. Her growth seems to have slowed down. She's gone from being really tall for her age to around average. She is 3 and 1/2 now and is still fitting easily into size 3 clothes.

I wanted to do something a bit different with this dress and have a proper dress with facings. I went through my patterns and eventually settled on this one from 1974. 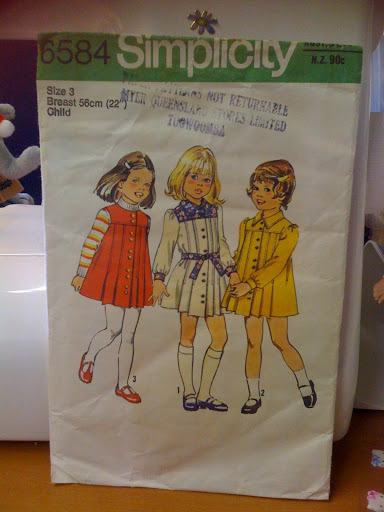 I had my heart set on the pleated, button down front. But try as I might I could not make the dress from the amount of fabric I had. 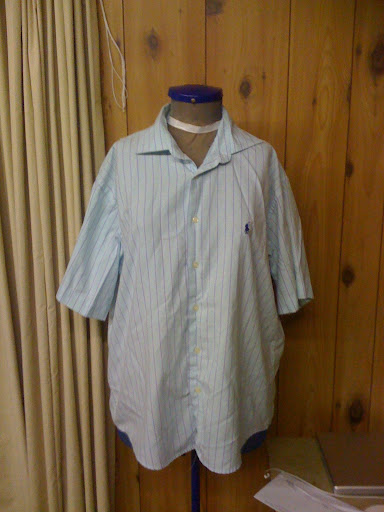 I started with this Ralph Lauren shirt that I found at the Op Shop. You can't see so well in the photo, but it is a light mint green colour with purple stripes. Not exactly very manly colours, but perfect for a little girl. I laboriously un-picked all the flat felled seams to get more fabric, but eventually had to admit defeat and give up on the idea of pleats. I decided to still use the same pattern, but fold in the pleats before I cut. 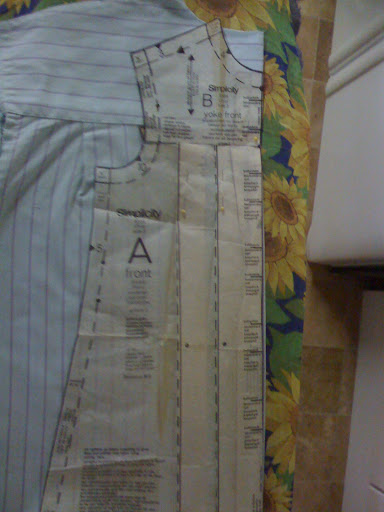 I also decided to put the buttons on the back and the yoke detail on the front. I cut the yoke and skirt as one piece for both the front and back. The back facing was already attached to the shirt and the front facing was cut from a bit of scrap. The armhole facings were cut from the original sleeves. 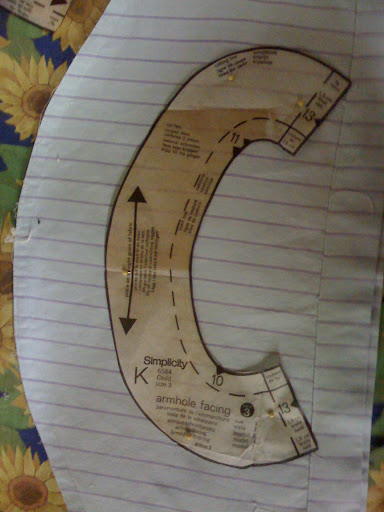 I'll admit I didn't pay a whole lot of attention to grain line. Everything was moving along perfectly with the construction of the dress when, through carelessness, I got the armhole facing caught in my serger and cut a big hole through it. 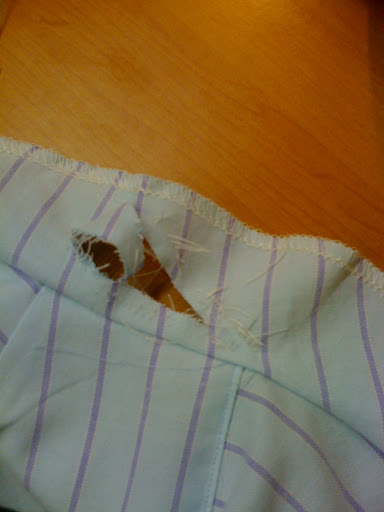 At this point I wanted to throw the whole thing in the bin! I was determined though, un-picked everything and went to cut another facing. Slight problem though, no matter which way I lay it, I hadn't left a big enough piece of shirt to cut another facing! In the end I had to darn two pieces together and hope no one would look too closely at the inside. 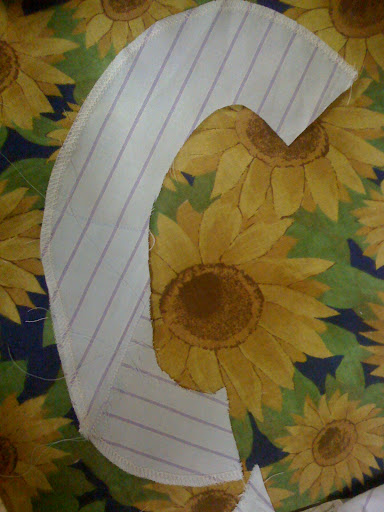 It was a 11:30pm at this time and knowing I had to be up at 6 I decided to leave the rest until tonight. I did get a couple more seams sewn before work this morning, so it shouldn't take me long to finish it up tonight.

Cute idea and nice save. No one will ever see the armhole facing anyway.

True, maybe I should learn to relax a little. Sometimes I just feel like now I know better, I should sew better!